Sonia Kaspbrak is the overprotective mother of Edward "Eddie" Kaspbrak.

Born in 1916, Sonia Kaspbrak is the overweight, domineering mother of Eddie Kaspbrak. Her husband, Eddie's father, died of cancer in 1951, and since then Sonia has kept Eddie on a short physical and psychological leash, almost to the point of deliberately weakening him to maximize her level of control. She is a regular customer in Norbert Keene's pharmacy, who provides Eddie's asthma medicine, until Keene attempts to explain to Eddie that his medicine is a placebo and that his sickness has psychological roots and is nurtured by his mother. Sonia proves to be a divisive force with respect to the Losers' club, an obstacle that is only overcome when Eddie, in a hospital bed with a newly broken arm, finally "stands up" to her and declares that his friends are a good influence on him, not a bad one. He discloses Mr. Keene's assertion that his asthma medicine is a placebo, and agrees to keep using it anyway (thereby maintaining the false pretense of his asthma) in exchange for the continued opportunity to be with his friends. The "Other" may have been working directly through Eddie during this scene, endowing him with power he might otherwise not have had.

Sonia, who never ceases to suspect the deaths of their young behind every corner, gets fatter over time. When she, in 1980 at the age of 64, died of a heart attack, she weighed 406 pounds (184 kg) at the time of her death. Her lasting psychological impact on her only son is deep; the woman Eddie eventually marries, Myra, is a mirror image of his mother in both body and mind.

Ever since his father died, Eddie's overbearing mother, Sonia Kaspbrak, would often control him and use his asthma problem as an excuse to make him weak to the point of bringing him closer to her. Throughout the summer, Eddie evolves a stronger personality, having the courage to stand up to his mother and even later on under the sewers, It. Her portrayal seems to be different from the novel, not being obese and still lives on with a single adult Eddie after he grows up in contrast to her death later on due to her obesity and Eddie getting married.

This portrayal of Sonia is much more accurate to her novel's counterpart, due to her obesity as well as blaming the Losers for Eddie's broken arm, forbidding them ever seeing Eddie again. However, Eddie's motivation to standing up to her is different from the novel; rather than just frustration for always controlling him, instead out of rage from accepting the fact that his illness and medication is in fact a placebo, as well as using this as a means to manipulate him and keep him away from his friends, who were the only people who actually cared about him. She dies from cancer between the first and second film

She appears in a flashback Eddie has to a halluciantion had when he was a child. She is tied to a chair in the pharmacy basement behind a curtain, IT appears as a leper and attacks her and Eddie is unable to save her. This is revealed to Eddie as a memory when he visits the pharmacy basement looking for his "token" where IT again appears as a Leper and attacks him similarly, only for Eddie to overpower IT and flee.

A 'Mrs. Kaspbrak' is briefly mentioned by Paul Sheldon, going to Boston with his mother one day. Its unclear if this is before or after she moves out off Derry. 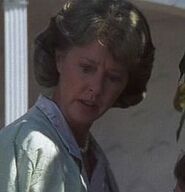 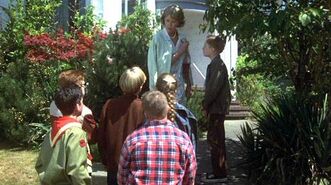 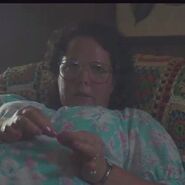 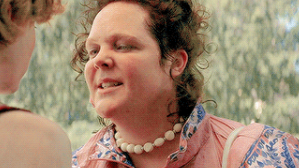 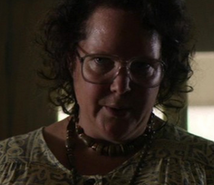 Add a photo to this gallery
Retrieved from "https://stephenking.fandom.com/wiki/Sonia_Kaspbrak?oldid=80209"
Community content is available under CC-BY-SA unless otherwise noted.