She is seen during the game of volleyball and in the opening scene, completely naked. But she is present when Carrie White is having her first period. She is later seen in detention chewing her hair and looking bored and she attended the calisthenic. During the Prom she is nominated Prom Queen but loses to Carrie. When Carrie wins she is seen clapping behind her, when the blood is dropped on Carrie she presumably burst into laughter. During the mayhem, she is seen pushing Alice Litten away from her and being tangled up between the ribbons. She then accidentally trips over Mr. Morton’s dead body and was knocked unconscious or trampled. When Carrie leaves the Prom, Katie's body can be seen being dragged across.

She burned to death along with everyone else in the gym. 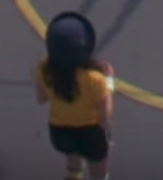 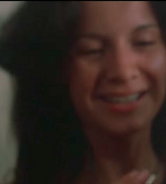 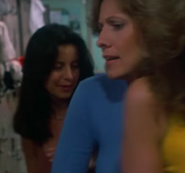 Unused scene of Katie's death
Add a photo to this gallery

Retrieved from "https://stephenking.fandom.com/wiki/Myra_Crewes?oldid=57088"
Community content is available under CC-BY-SA unless otherwise noted.