Kenneth Garson, best known as Kenny, is a minor character in Carrie. He is a friend of Billy Nolan, the brother of Lou Garson and a student at Ewen High School in Chamberlain, Maine.

Kenny Garson is a friend of Billy Nolan.

He participated in the prank against Carrie White by going with Billy, Jackie Talbot, Steve Deighan, Henry Blake and his brother Lou Garson to a pig farm to slaughter a pig, whose blood was then used in the evil prank.

His fate is unknown, but it is implied that he did put the blame on Chris Hargensen and Billy in order to save himself from getting in trouble.

Kenny Garson appears in the 1976 film. He is portrayed by Rory Stevens.

Kenny is one of Billy Nolan's friends and he was one of the few people who contributed in the prank. Kenny and his friend Freddy DeLois died at The Black Prom when they both tried to escape with their lives, But were trapped by the doors. He can be seen trying to escape from the doors, But he dies suffocating because lack of air.

Kenneth "Kenny" Garson was played by Miles Meadows in Carrie (2002).

He was a student at Ewen High School in Chamberlain, Maine, and the brother of Lou Garson. He was one of the people, who tormented Carrie. He also was in the chemistry class with Carrie, and was one of Billy Nolan’s friends.

In the 2002 version, Kenny was the boyfriend of Tina and participated in the evil prank against Carrie that led to Tommy's death, and Carrie's temporal insanity (which, in turn, led to the Black Prom and the destruction of Chamberlain). Initially, he looks puzzled and confused when seeing the bucket up in the rafters (as though wondering what could be taking Chris so long to pull the rope and pour the blood on Carrie).

He is the first to laugh at Carrie along with Tina, and is very passionate in doing so (while also referring to Carrie as a "pig" as though possibly inspired by the pig blood). It is only when Helen angrily slaps him across the face (which Tina sees in both shock and anger) that he stops laughing after that.

In Carrie's murderous rampage, he got his arm crushed between a set of double doors when trying to get them open, and remained in that position throughout the chaos. It is possible that he was electrocuted to death like a catfish along with everyone else when the scoreboard hit the floor.

Kenny Garson was one of two best friends of Billy Nolan. He participated in the killing of the pigs in order to get the blood needed for the prank on Carrie. He also helped in the plot to humiliate Carrie at the prom, in which he laughed, too; however, it was a prank that also led to Tommy's death.

Carrie later murdered and slaughtered Kenny in revenge with many others. His body supposedly burns in the following fire that Carrie caused in Ewen High School. 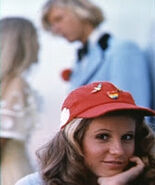 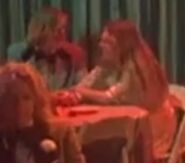 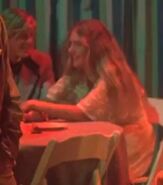 Kenny and his date 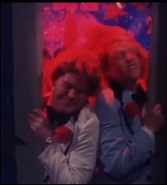 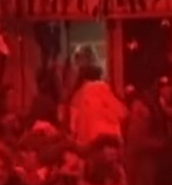