House of the Dragon Trailer - The Loop

Johnny "J.J." Bannerman, Jr. was the son of Sarah Bracknell and Johnny Smith, though he was raised from infancy by Walter Bannerman, and the older brother of Hope Smith. His nickname of "J.J." is short for "Johnny Jr.," though he is a "junior" only in the sense that he inherited his given name from his biological father, while he grew up with the surname of his step-father.

Additionally, in the episode Big Top, it is implied he has the same ability as Johnny. In Denouement, J.J. gets pushed on by Greg Stillson and has his first psychic vision in the pupil of his right eye.

Bannerman was portrayed by Dominic Louis in "Wheel of Fortune (Part 1)," "What It Seems (Part 2)," "Quality of Life," and "Netherworld."

Kaj-Erik Eriksen also played an older Johnny Jr. in one of Johnny's visions of the future in "Tipping Point (Part 1)." 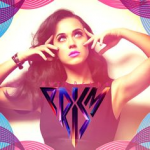