"Fair Extension" is a 32-page novella written by Stephen King that was included in his 2010 collection Full Dark, No Stars.

On his way home, David Streeter sees a man with a setup by the road to the airport. He goes out and talks with the man, George Elvid, who tells Streeter that he sells extensions of various types. Streeter, who is dying of lung cancer, thinks Elvid might be a mental patient escapee after he claims to have existed for centuries (it is implied that Elvid's name is a play on the word "Devil"). Elvid offers Streeter a chance to live for approximately 15 years if he pays 15 percent of his salary for every one of those years... and transfers the "weight" of his misfortune onto someone he knows.

Streeter selects Tom Goodhugh, his best friend since childhood, whom he has secretly hated for years. Streeter had done everything for Goodhugh, including doing his homework. Later, Goodhugh stole Streeter's girlfriend in college and married her. Goodhugh founded a successful million-dollar waste removal business with Streeter's assistance and now lives a lavish lifestyle, has three children on the fast track to great lives, and doesn't look like age has caught up with him, unlike his friend.

A couple of days later, Streeter goes to his doctor, who tells him his tumors are shrinking. Four months later, Streeter is declared cancer-free, which perplexes his doctor. The good luck continues in subsequent years, as Streeter is promoted several times at work and his marriage becomes joyous and rich with lavish lifestyle improvements. His children begin a long line of career successes: his son creates two bestselling video games and his daughter gets her dream job as a journalist at the Boston Globe right out of college after graduating from the Columbia School of Journalism.

At the same time, Goodhugh's wife develops breast cancer, which has spread to her lymph nodes, and dies within six months. His middle son, Carl, a promising student at Emerson College, has a heart attack in college due to a genetic defect and, due to oxygen deprivation, suffers permanent brain damage and requires constant care. A few years later, Carl chokes to death on an apple while watching television. Goodhugh's youngest son, Jake, turns down a full-ride athletic scholarship to help save the family business. He marries a local girl whom he later kills during an argument after she finds a half gram of cocaine and another woman's panties in his pocket and is sentenced to 2-5 years in prison. His daughter, Gracie, loses her husband due to a drunk driver, loses all her teeth after developing pyorrhea (as well as her sense of smell), and eventually gives birth to a stillborn baby (who has the same heart defect that Carl had). Goodhugh suffers mentally, physically (developing both gout and psoriasis), and financially, and eventually loses his business after his accountant embezzles two million dollars and skips town and the EPA discovers toxic waste in the junkyard that he owns, prompting them to seize it. A broken man, Goodhugh likens himself to Job, and believes he has "offended God." Although Streeter pretends to be solemn about his friend's misfortunes, he is secretly glad and enjoys seeing his formerly successful best friend struggle to cope with the myriad types of bad luck that befall him and his family.

Streeter's family prospers during this time, and he enjoys his life more than ever. The story ends with Streeter and his wife stargazing, not long after Carl's death. She confesses her sadness over Goodhugh's fate, and he assures her that this is only fair, and that some people are simply dealt a bad hand by life. They catch a glimpse of the planet Venus, and Streeter tells his wife to make a wish. She cannot think of anything they need, due to the prosperous past few years. The story ends with Streeter making a single wish—for more. 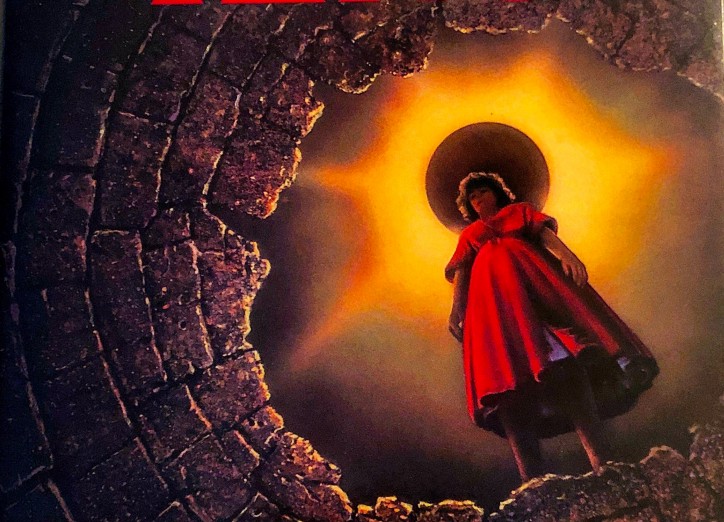