Serving as the pentagonist in Stephen King's novel, It, IT miniseries, and it's two film adaptions, IT: Chapter One and IT: Chapter Two. He is also a mentioned character in 11/22/63.

He is the oldest of the seven members of The Losers' Club, with the others, he fights Pennywise the Dancing Clown, both in 1958 and 1985, he however gets killed by Pennywise.

In the book, Eddie is described as the shortest of the group, has a thin, delicate-looking face, grayish blue eyes and briefly mentioned to have a flattop haircut when Mr. Keene tells him his asthma medication, HydrOx, is a placebo. Later on, when Eddie is older in the novel, he is mentioned to bear a resemblance to Anthony Perkins.

In the Miniseries, Eddie has blonde hair and wears glasses.

In the film adaptions (2017, 2019) as a child, Eddie is the shortest member of the group and carries a fanny pack with his medication and inhaler. As an adult, he describes himself as being "average height (5'9)" and is mostly seen with a frown on his face.

Eddie is a part of the losers club, he is best friends with Bill Denbrough, Stanley Uris, Mike Hanlon, Ben Hanscom, Beverly Marsh, and Richie Tozier. He idolizes Bill as the leader and attempts to follow his image when in difficult situations.

As a child, Eddie was regarded as a fragile individual who was a hypochondriac, scared of the world and avoiding most situations in fear of getting sick or injured. However, he later proves that he is one of the strongest of the Losers when he is able to stand up to his overbearing mother and even save the Losers in the sewer.

His father died when Eddie was three years old. Eddie developed serious bronchitis two years later. As a result of this, Eddie's mother, Sonia, is extremely overprotective of her son. She does not allow him to do many things that the other children do and always makes sure that he is safe and well-protected. She is convinced Eddie is fragile and berates their doctors into giving him placebos, unknown to him, believing "it was better for a child [...] to think he was sick than to really get sick."

Start of the Losers' Club

Before the Losers' Club had formed, Eddie had been friends with Bill. On the day that Ben was attacked by Henry Bowers and the other bullies, Eddie and Bill had been attempting to build a dam in the Barrens. After Ben escapes from the bullies, they come to Bill and Eddie to ask if they had seen where Ben had run to. When they answer that they had not, Henry punches Eddie in the nose, causing it to bleed profusely and triggers an asthma attack. However, Eddie's aspirator was empty and as Eddie's breathing continues to struggle, Bill is concerned for Eddie and asks Ben to watch over Eddie as he goes to the pharmacy to get his medication. After Bill comes back and Eddie's breathing is restored to normal, Ben explains how they could build a better dam. They all become friends, and this group of three is the precursor to the Losers' Club before the other members join.

One day, Eddie goes to watch the trains pass in the train yard as well as possibly listen to the singers at the Gospel Church nearby. On this day, however, he passes the house at 29 Neibolt Street and feels as though he cannot tear himself away from it. The house is incredibly run down, old and bears evidence that many hobos and prostitutes had used it as shelter while passing through Derry. Eddie feels drawn to the house and begins to approach it, when suddenly what appears to be a hobo rises from beneath the porch of the house. Eddie believes the hobo has leprosy (but is later corrected by Richie and Bill who tell him he instead had Syphilis) as his skin is severely diseased and his nose appears to have fallen off. The leper begins to chase Eddie, screaming that he would blow Eddie for a nickel, then a dime, and then even for free. Eddie barely manages to escape as the leper begins to run after Eddie's bike. Later, Eddie is compelled to revisit the house and crawl under the porch, where he finds evidence of hobos having stayed there (beer cans, liquor bottles, a blanket, and an old shoe). As he peers into a cellar window, It appears in a form resembling the leper, terrifying him and chasing him from underneath the porch. Eddie tells Richie and Bill about what he saw, and later Richie and Bill decide to revisit the house once more to see if they are able to find It.

It uses the leper to take advantage of Eddie's fear of disease. When seeing the leper, Eddie felt that if it had touched him he would instantly catch every disease that it had and rot from the inside out. This being contains every disease, illness, and infection that Eddie could think of, and threatens to make him sick just the same.

While walking home one day from Mr Keene's Pharmacy, Eddie is attacked by Henry Bowers, Vic Criss, Patrick Hockstetter, and Moose Sadler in the park as payback for humiliating them during the Apocalyptic Rock Fight. They push Eddie to the ground near the park benches. Henry starts yelling at Eddie and twisting his arm behind his back. He eventually jerks Eddie's arm up high enough to break it. When Sonia Kaspbrak finds out, she freaks out and believes that the Losers are at fault. She forbids Eddie from seeing them again. However, Eddie is finally able to stand up to her and tell her that she cannot forbid him from seeing them. She, yet again, attempts to manipulate Eddie with her tears and tells him that he is a bad son, but he does not listen and is able to continue to see his friends and go with them into the sewers to fight It.

In the 2017 adaptation of IT, Eddie breaks his arm when he sees IT in the form of a leper when he returns to 29 Neibolt and enters the house with Bill and Richie. His motive for standing up to his mother is also changed, accepting the truth that his medication was, in fact, a placebo and that she had been lying to him all these years for her own selfish reasons, as well as making him turn away from his friends at his deepest time of need for them.

As an adult, Eddie owns an extremely successful limousine company and has the job of driving many celebrities around New York. He has become very wealthy through this. He is unhappily married to a woman named Myra who he realizes is very, very, similar to his mother in personality and looks. They share a love of singer Barry Manilow, and they own all of his albums. When he realizes their similarities, he is disgusted with himself, referring to their marriage as "psychological incest."

When It had returned, he, along with the other Losers, reluctantly return to Derry to fight and kill It once and for all.

While in the sewers fighting It for the second and last time, Bill misses his hold on the creature's tongue so Richie goes in after him. However, It fights back, and she manages to loosen Richie's hold. Upon hearing Richie's cry for help, Eddie leaps into action, triggering his aspirator into one of its many eyes. He then proceeds to douse the alien with his medicine while his arm slowly begins sliding further and further into its open mouth. After triggering his medicine down its throat a few times, It bites Eddie's arm off. With his few remaining seconds, he tells Richie to stop calling him Eds, before dying. The Losers later leave Eddie’s body in the sewers, despite Richie's protests saying they should take his body back with them. Richie didn't like the fact that Eddie was being left in the sewer, knowing Eddie wouldn't like it; he kissed Eddie's cheek before leaving. Eddie's death seemingly impacted Richie the most. In the miniseries, it is later stated that Richie's latest co-star looks and acts a lot like Eddie.

Eddie, motivated by Richie being caught in IT's Deadlights, takes the spear given to him by Beverly and strikes a serious blow to IT. Thinking he has maybe even killed IT, and overjoyed by Richie's safety, he turns his back on it to check on him. During this time, IT impales him through the chest with one of its legs. The Losers manage to get him away, and he finds the time to tell them how he hurt the leper by making it small, giving them the inspiration they needed to defeat IT. He takes the time to recall jokes made with Richie in the clubhouse as children, telling him "I fucked your mom". The other losers find a way around back to the entrance to make IT small while Richie stays with a dying Eddie. By the next time we see them Eddie is clearly dead, while Richie still holds on to him in denial. The rest of the gang do not see him again until defeating IT, where Bev has to tell Richie he is dead, and point out that there is no way to get him out with them. Heartbroken, Richie reluctantly leaves him, and his lifeless body stays in IT's lair as it falls apart.

"It's just a fucking Eye! Fight It! You hear me? Fight It, Bill! Kick the shit out of the sucker! Jesus Christ you fucking pussies I'm doing the Mash Potatoes all over It AND I GOT A BROKEN ARM!"

―Eddie Kapsbrak to Bill and the others

―Eddie about Richie's pet-name for him.

"That place scares me green. I think it's haunted."

"Jeez, I hate it when you stutter my name like that Bill!"

"I'm a little old to be monster hunting, Bill."

"What happened to the rest of you?"

"This is battery acid you slime!"

"The Black Spot was a nightclub that was burned down years ago by that racist cult."

―Eddie to Stan about the Black Spot

―Eddie to his mother.

"Do not fucking touch me!"

―Eddie to Richie after breaking his arm

"Have you ever heard of a Staph Infection?"

―Eddie to Richie when they entered the sewer.

―Eddie to Richie in the Clubhouse.

"When Mike called me I crashed my car."

―Eddie to the Losers in the Jade.

"Hey, Richie, I think I got him man. I think I killed him for real!"

―Eddie to Richie after saving him from the Deadlights.

―Eddie to Pennywise before stabbing him.

―Eddie to Richie about the pomeranian.

―Eddie to Richie at the inn.

"Hey, asshole, flow of traffic mean anything to you?" 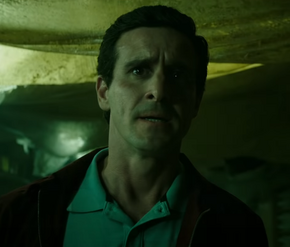 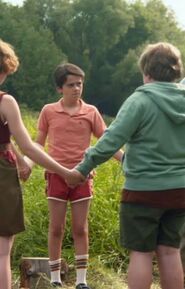 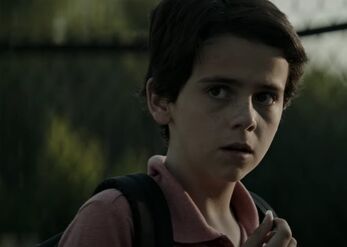 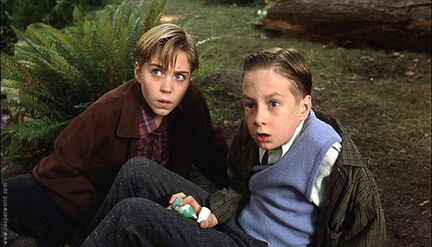 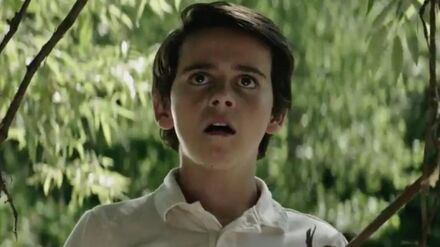 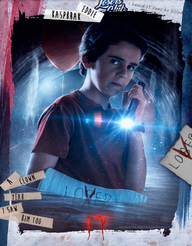 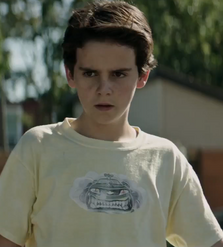 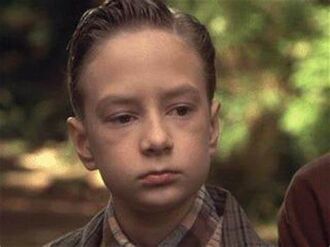 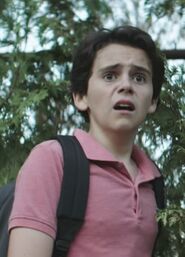 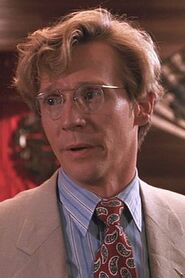 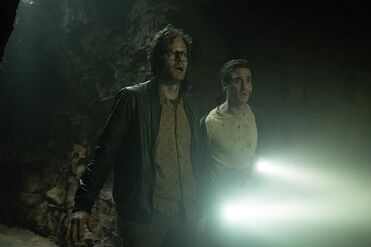 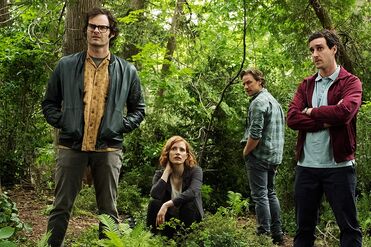 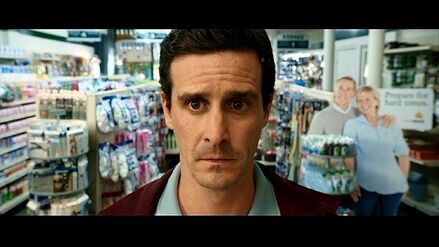 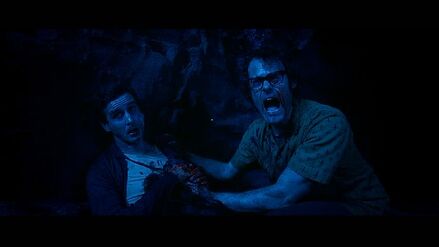 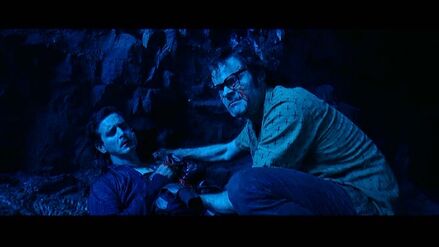 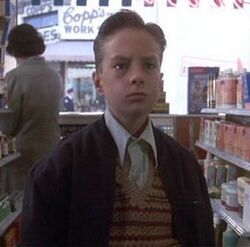 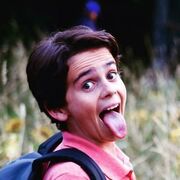 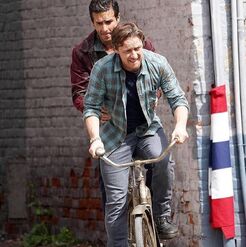 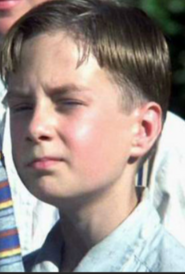 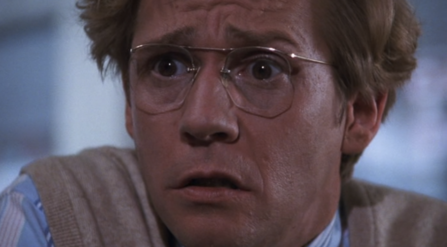