Dolores Claiborne was the 1995 film version of the novel with the same name. The film's tagline was: Sometimes an accident can be an unhappy woman's best friend.

Dolores Claiborne (Bates) works as a domestic servant in a coastal town in Maine. The film opens with Dolores having an argument with her elderly, paralyzed employer Vera Donovan, after which Vera falls down the stairs. Dolores ransacks the kitchen and is then caught by a mailman, as she stands over Vera with a rolling pin, apparently intending to kill Vera. Vera dies and the police begin an investigation, believing, Dolores murdered Vera. The police, however, do not charge Dolores with a crime.

Dolores' daughter, Selena St. George (Leigh), a successful but depressed and alcoholic journalist, arrives in town to support her mother after having received an anonymous fax about it. Dolores insists, that she did not kill her wealthy employer, but she finds little sympathy, as the entire town believes, she murdered her husband, Joe St. George 20 years earlier. Some of the town's inhabitants harass her by vandalising her home, taunting her in the street and driving by her house, screaming at her. Detective John Mackey, who was the chief detective in her husband's murder case, is determined to put Dolores away for life.

Selena also believes, that Dolores killed her father, and so has not spoken to her mother in over a decade. As the film develops, it is revealed that Joe was an abusive alcoholic, and that one night Dolores had threatened to kill him if he ever harmed her again. Dolores went to work for Vera Donovan as a housemaid in order to raise enough money to pay for Selena's education, and had gone to the bank to withdraw her money, so she and Selena can flee Joe's abuse. The plan backfired, however, when the bank notifies Dolores that Joe stole the money from Selena's savings account.

Back in the present, Dolores says, that Vera had thrown herself down the staircase and begged Dolores to put her out of her misery. Detective Mackey refuses to believe her, and reveals that Vera has left her entire fortune to Dolores. Mackey informs them that the will is eight years old, which nearly convinces Selena that her mother is guilty. After a fierce argument, Selena storms out, leaving her mother to fend for herself.

Dolores finally decides that it is time to reveal the truth to Selena: She did, in fact, kill Joe, and it was actually Vera, who suggested the plan to her. Dolores says, that she had been pushed to the breaking point upon realizing, that Joe had been molesting Selena, which Selena furiously denies.

In a flashback to a scene some 20 years before, Vera engages in her regular ritual of berating Dolores, who breaks down crying and confesses her troubled home life. An unusually sympathetic Vera implies, that she killed her late husband Jack, and engineered it to look like an accident and that she sould do the same. Vera's confession forms a bond between the two women and allows Dolores to take control of her own situation and future.

Still in the past, as a total solar eclipse approaches, Dolores and the young Selena have an argument about Dolores' suspicions regarding Joe's sexual abuse of Selena. Selena flees home for the weekend to work at a hotel to raise money from the high number of tourists coming to watch the eclipse. Joe soon returns from working on a fishing boat, and, as a treat, Dolores has bought him a bottle of Scotch. After Joe gets drunk, Dolores reveals, that she knows, that he has stolen from Selena's account and molested his own daughter. By doing this, Dolores provokes him into attacking her and falling down an old well, leaving him to die, as he plunges to the stone bottom.

Selena confronts the police and tells them, they have no evidence and that, despite an often-stormy relationship, Vera and Dolores loved each other. She also accuses Mackey, who sent the anonymous fax in the hopes of recruiting Selena for his purpose of jailing Dolores for life, of letting himself to be influenced by the events surrounding her father´s death in Vera Donovan´s case and forces him to admit that silently.  Realising that he has no admissible evidence and, pressed by the coroner, Mackey reluctantly drops the case.

The film ends with Dolores and Selena making amends on the ferry wharf before Selena returns to New York. It is implied that Dolores will have a good life from now on with the fortune she has inherited from Vera and that the rift between mother and daughter has been largely closed. 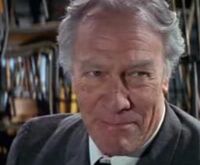 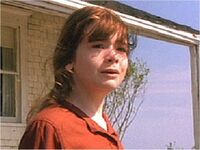 Dolores and Joe
Community content is available under CC-BY-SA unless otherwise noted.
Advertisement