Stephen King Wiki
Register
Don't have an account?
Sign In
Advertisement
in: Film adaptations, The Shining, Films,
and 2 more

Doctor Sleep is a horror film based on Stephen King's 2013 novel of the same name and a sequel to The Shining film. Ewan McGregor stars as Danny Torrance. The film is written and directed by Mike Flanagan. The film premiered in most countries on October 31, 2019. It premiered in the U.S. on November 8, 2019.

Following the events of "The Shining" Dan Torrence meets a young girl with similar abilities as his and tries to protect her from a murderous nomadic tribe known as The True Knot.

In 1980, Danny Torrance and his mother live in Florida. He is haunted by the ghosts of the Overlook. Using his ability to shine he is able to communicate with the spirit of Dick Halloran. Dick teaches him how to lock the ghosts in imaginary "boxes" in his mind.

A nomadic tribe known as The True Knot, led by Rose the Hat, feed on the "steam" produced by children who possess the Shine. She turns a teenage girl called Snakebite Andi after observing her ability to hypnotize people.

In 2011, Dan is still troubled by his time at the Overlook Hotel, and has become an alcoholic to suppress his Shining. He moves to a small town and meets Billy Freeman, who becomes his AA sponsor. Dan gets a job at a hospice where he uses his "abilities" to comfort dying patients, who give him the nickname Doctor Sleep. He begins receiving telepathic messages from a young girl named Abra Stone, whose Shining is even more powerful than his.

In 2019, the True Knot's supply of steam in running low. They kidnap a boy named Bradley and torture him to death and consume his steam. An image of this flashes in Abra's mind and her distress alerts both Dan and Rose. Rose realizes Abra possesses enough steam to supply the True Knot for years.

Abra secretly meets with Dan at the town square, he insists she stay away from Rose and avoid drawing attention to herself. That night Rose projects herself into Abra's mind and is caught off guard when Abra traps her and briefly enters Rose's mind. Rose returns to her own body and sends several members of her tribe to capture Abra.

Abra tells Dan what happened with Rose and says she can track the True Knot if she can touch Bradley's baseball glove. Dan and Billy drive to Iowa and exhume Bradley's body and retrieve his glove.

They go to Abra's house with the baseball glove and meet her father. Using a telepathic projection of Abra as bait, Dan and Billy lure the True members into an ambush at a campground. Snakebite Andi hypnotizes Billy into killing himself before she dies.

Crow Daddy kills Dave and drugs and kidnaps Abra. Dan puts his mind into Abra's body and he forces Crow Daddy to crash his car, killing him and freeing Abra. Rose consumes the last of her supply of steam, healing her wounds and vows to revenge the deaths of her friends.

Dan returns to the abandoned Overlook, believing it will be as dangerous for Rose as it is for him and Abra. He starts up the boiler and awakens the hotel. In the banquet hall he is offered a drink and talks witha bartender who resembles his father.

When Rose confronts Dan and Abra they mentally pull her into the Overlook's hedge maze. After a failing to trap her in one of the boxes, Dan tells Abra to run. As rose over powers Dan he releases the Overlook's ghosts from his boxes and they kill Rose.

Dan finds Abra and fighting the hotel's influence over him he tells her to run. He returns to the boiler room, which becomes engulfed in flames. Abra watches as the hotel burns down.

Sometime later, Abra talks to the ghost of Danny and he tells her that he is at peace. Abra's mother learns to adjust to her daughter's powers, especially in communicating with the spirit of her deceased husband. Abra is confronted by the ghost of the rotting woman from the Overlook and turns to face her, just as Danny once did.

Connection to The Shining novel and film

Doctor Sleep is based on Stephen King's novel of the same name. It is a sequel to King's 1977 novel The Shining.[1] While the film is intended to be an adaptation of the novel, director Mike Flanagan said Doctor Sleep would still "acknowledge Kubrick's The Shining in some way".[2]

Filming began in September 2018 in the US state of Georgia; locations included Atlanta and St. Simons.[5] Specific locations in and near Atlanta include Covington, Canton, Stone Mountain, Midtown Atlanta, Porterdale, and Fayetteville.[6] Production concluded in December 2018.[7]

The film score was composed by The Newton Brothers (Andy Grush and Taylor Stewart), who also composed scores for Flanagan's previous works.[8]

Most elements from The Shining (1980) were recreated with duplicate sets and lookalike actors, though three shots were reused: the aerial shot of the water and the island and the two shots after it of the car driving on the mountain road. The shots were degrained, recolored as day-for-night, and had snow digitally added.

Mike Flanagan recreated the sets of the Overlook Hotel from blueprints acquired from Stanley Kubrick's estate.

Actress Rebecca Ferguson revealed in a 2019 interview that, while horror in general is not one of her favorite movie genres, she is a huge fan of the novels by Stephen King: "I don't see why we wouldn't want to make films out of everything that he writes. It's so adaptable. It's so understandable. It's so relatable and the imagery, it's like you don't really have to make scene images anymore, you just have the book." She also added that although she doesn't like violence directed at children, she happily made an exception for this film.

Warner Bros. released Doctor Sleep in theaters in the United States on November 8, 2019. It was initially scheduled to be released on January 24, 2020. Deadline Hollywood said the re-scheduling reflected Warner Bros. giving "a major vote of confidence" to the film.[9] 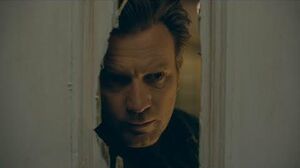 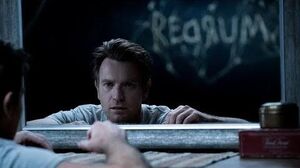