Creepshow is a 1982 anthology film directed by George W. Romero from a screenplay by Stephen King. The second and fourth segments of the film were based on short stories previously published by King – "Weeds" and "The Crate" respectively – while the first, third and fifth segments were written specifically for the screen. The film is extremely popular, espescially with home video sales, and is regarded as somewhat of a cult classic. The illustrations in the movie were done by Bernie Wrightson.

Billy gets yelled at and slapped by his father, Stan, for reading a horror comic titled Creepshow. His father tosses the comic in the garbage to teach Billy a lesson, but not before threatening to spank him should Billy ever get caught reading Creepshow comic books again. Later after he tosses the comic book away, Stan reminds his wife that he had to be hard on Billy because he can't believe all the "crap" that's in the book. He closes out the discussion with the reason why God made fathers: to protect their ways of life and their children. As Billy sits upstairs hating his father, he hears a sound at the window, which turns out to be a ghostly apparition, beckoning him to come closer.

Third Sunday of June, seven years ago: an elderly patriarch named Nathan Grantham was killed on Father's Day when his daughter Bedelia bashed him in the head with a marble ashtray as he screamed for his cake for having her fiance murdered.

Third Sunday of June, seven years later: his ungrateful, money grubbing relatives get together for their annual dinner on Father's Day. Nathan Grantham comes back as a zombie-like creature to get the cake he never got, and kills off his relatives one by one.

The Lonesome Death of Jordy Verrill

A dimwitted backwoods hick thinks a newly discovered meteorite will provide enough money from the local college to pay off his $200 bank loan. Instead, he finds himself being overcome by a rapidly spreading plant-like organism that comes off the meteorite.

Something to Tide You Over

Richard Vickers, a coldblooded, wealthy husband, stages a terrible fate for his unfaithful wife, Becky and her lover, Harry Wentworth by burying them up to their necks on the beach, below the high tide line. They drown, but return as waterlogged zombies intent on getting revenge of their own.

A mysterious, extremely lethal creature is unwittingly released from its crate by mild-mannered Horlicks University professor Henry Northrup, who sees the creature as a way to rid himself of his drunk, emotionally abusive wife, Wilma.

They're Creeping Up On You!

Upson Pratt is a cruel, ruthless businessman whose mysophobia has him living in a hermetically sealed apartment, but finds himself helpless when his apartment becomes overrun by endless hordes of cockroaches.

The following morning, two garbage collectors find the Creepshow comic in the trash. They look at the ads in the book for X-ray specs, a Charles Atlas bodybuilding course, and a voodoo doll, but lament that the coupon has already been redeemed. Inside the house, Billy's angry father complains of neck pain, which escalates to deadly levels as we see Billy jabbing the voodoo doll over and over, leaving his hated father to suffer endless agony. 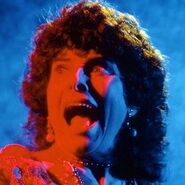