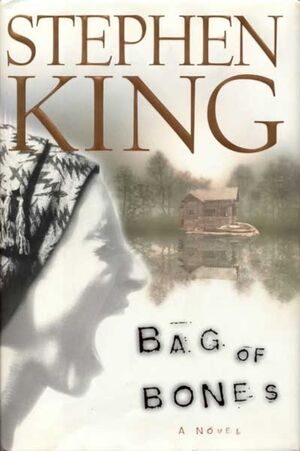 Bag of Bones is the 40th book published by Stephen King; it was his 34th novel, and the 28th under his own name. The book was the first of King's to be released by Scribner on 22 September 1998.

Mike Noonan is an author living in Derry, Maine who suffers from severe writer's block after his wife, Johanna, dies from an undiagnosed brain aneurysm. Particularly disquieting to Mike is that his wife had just bought a home pregnancy test, but never revealed the pregnancy to him. He anguishes after his wife's death and finds himself unable to write due to panic attacks; fortunately, he has four unpublished manuscripts stashed in a safe deposit box and uses them to keep his agent and editor unaware of his problem.

A four-part miniseries was directed by Mick Garris. It was first aired in 2011 on the A&E Network in two parts.